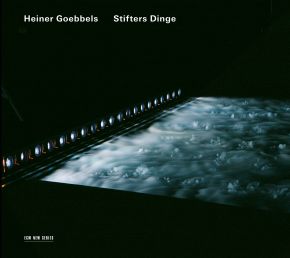 Sounds, tones, noises, voices and texts converge in one of Heiner Goebbels’ most extraordinary acoustic creations. Is it a composition, environment, installation or sound sculpture on the grand scale? Its creator once described it as a composition for five pianos with no pianists, a play with no actors, a performance without performers, “one might say a no-man show.” Yet it is teeming with sound sources – ranging from Bach to chants of natives of New Guinea to Greek folk song, and overlapping voices of, amongst many others, Claude Lévi-Strauss, William Burroughs and Malcolm X. The work was inspired by the work of 19th century Austrian Romantic writer Adalbert Stifter, who meticulously documented the signs and sounds of nature.