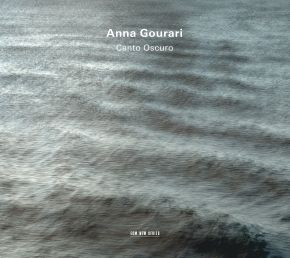 Anna Gourari is a young musician steeped in the venerable Russian piano school, its technical verities and Old World glamour. She has “a very physical, even visceral quality to her music-making that conjures the sound of such golden-age figures as Horowitz and Cortot,” declared Fanfare. With her ECM debut, Gourari offers a set of Canto Oscuro: dark songs. The pianist performs two of the most affecting of J.S. Bach’s chorale preludes – “Ich ruf zu Dir, Herr Jesu Christ” and “Nun komm’ der Heiden Heiland” – in arrangements of quiet sublimity by Ferrucio Busoni. Gourari also includes his iconic version of the gripping Chaconne from Bach’s Partita No. 2 for solo violin. From her native Russia, she adds Alexander Siloti’s transcription of Bach’s Prelude in B minor, as well as Sofia Gubaidulina’s early Chaconne, a vessel for ghosts of the Baroque. The album’s centrepiece is Hindemith’s Suite “1922”, a work influenced by both Baroque models and the Jazz Age; yet its “Shimmy”, “Boston” and “Ragtime” movements are given a dissonant, darkly ironic cast, and the Suite’s “Nachtstück” is night music as haunted and haunting, a very much “dark song”.

Paul Hindemith (composer)More information
Luister
"although she plays technically perfect and accurate, it is also very earthly, grand and resplendant"