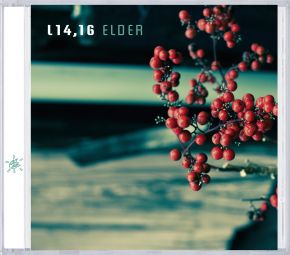 The city of Mannheim (approx. 315,000 inhabitants) is located in the southwest of Germany. The city core was designed as a grid square in the 16th century, as were many other cities of that time. What is unusual, however, is that the streets are named as in a coordinate system and have been for more than 200 years. As a result, there are addresses such as "L 14,16" where a bar was located, in which five musicians decided to start a band in 2001. The bar no longer exists, but the quintet has lasted till today. In the meantime, it is known far beyond the borders of Mannheim and Germany. The musicians do not produce one CD after another in a hectic annual cycle, but instead take their good time. The first CD was released in 2003, the second almost five years later in 2007, and now the third in the same interval. The first two received numerous awards (among others, the Prize of German Record Critics) and were highly praised by the press. Parallel to that, L 14,16 won other prizes and performed at numerous festivals in Germany and other countries. They remain faithful to their very individual sound with their third production "Elder": complex but fresh compositions, unconventional but logical arrangements, played by a band composed of technically brilliant, expressive personalities. However, the actual outstanding quality of the quintet is their interaction. L 14,16 puts that in a recording which otherwise is only striking on the stage:  an almost magic response and interplay, a share presentation of the sound being created. And because the musicians know almost every trick, it is extremely difficult to classify them. Certainly, post-bebop would be a good label if it were not for that touch of blues, a pinch of free, an inkling of funk and then swinging passages again. The best label is probably L 14,16 sound.