The code is valid one time and valid for a 10 days after receiving the promotioncode. Your emailaddress will only be used by Challenge Records International and will not be given to 3rd party advertisers. If you have any questions please contact us.
TITEL CD is added to your cart.
1346419497 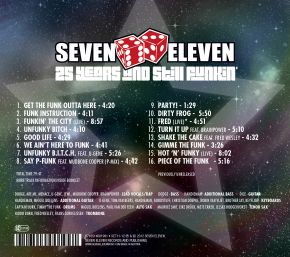 In 2012 Seven Eleven presented their anthology: 25 years and still funkin’. The album is not just another compilation but a trip through time with the most funky recordings of one of Europe’s leading funk bands.

The band started their Jubilee-tour in May 2013. Check their website for upcoming tourdates and other infromation: 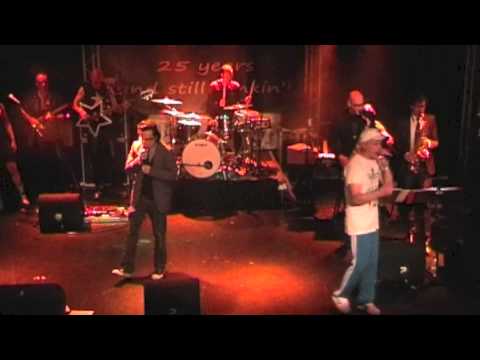 Play the related video Seven Eleven album presentation De Pul (Uden)
09-03-2013 http://www.maxazine.nl/
"25 Years And Still Funkin 'is not only a beautiful chronology of one of the best Dutch funk bands, it is perhaps the best Dutch funk album of all time."
01-01-2013 Jazzmozaiek
"The band is alive and kicking"