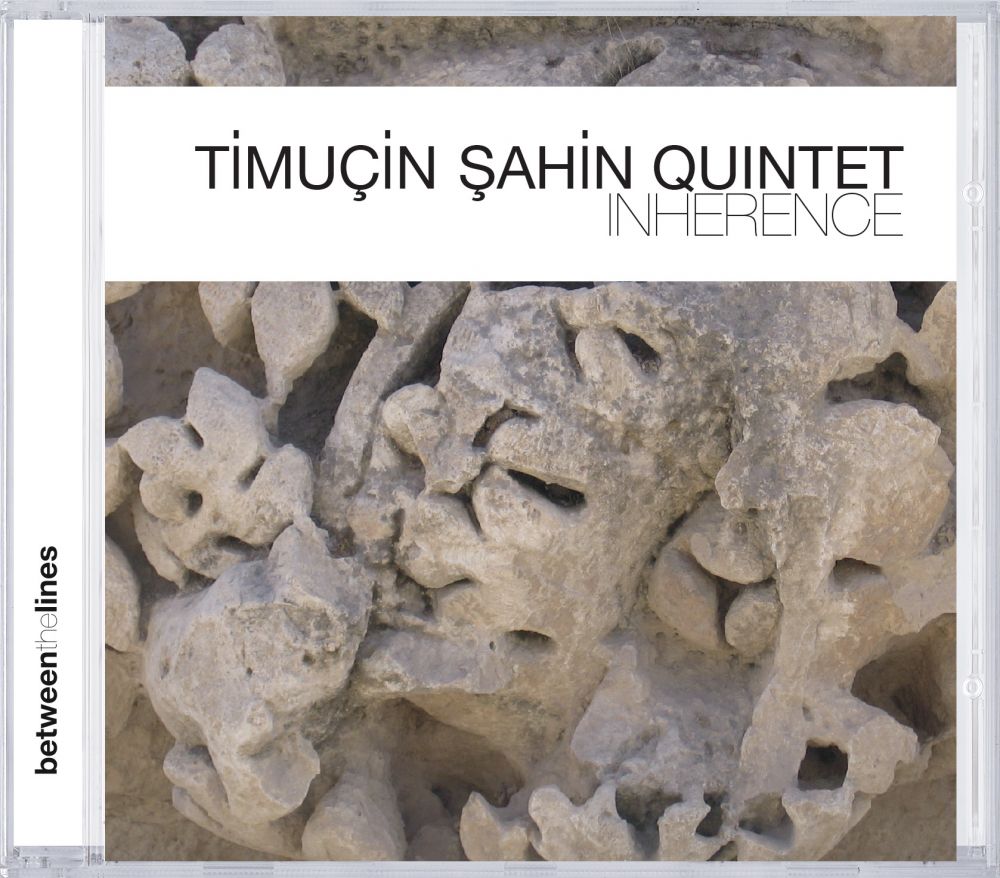 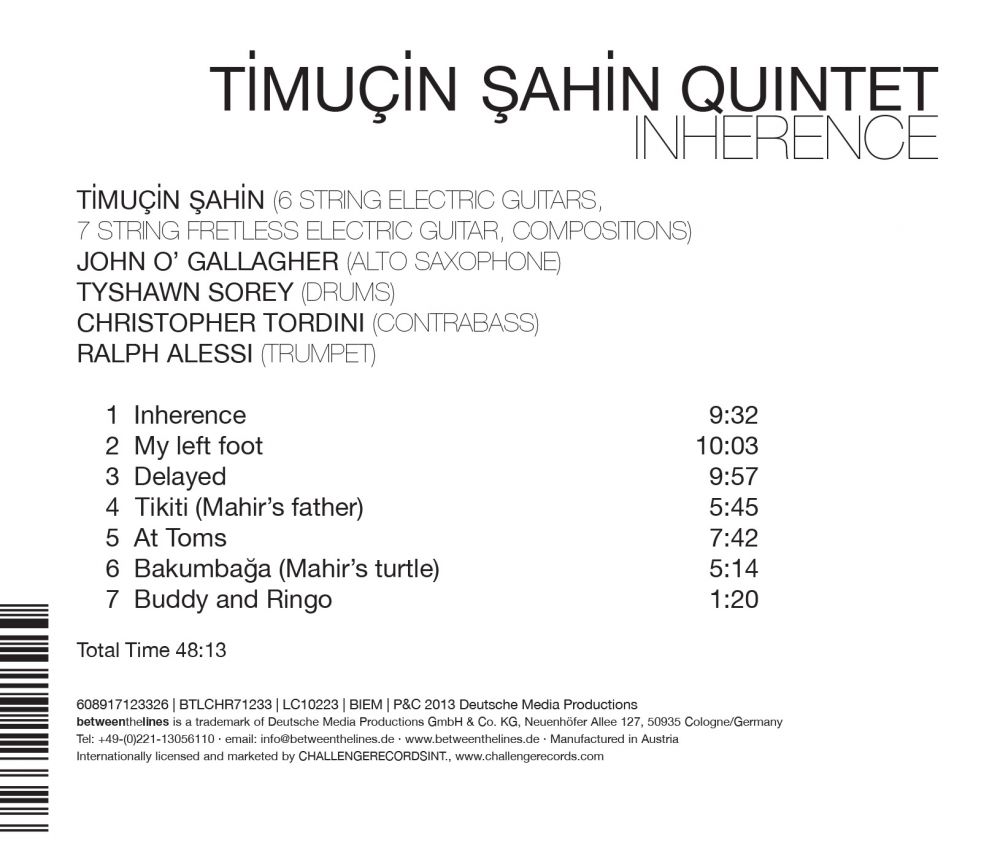 It is said that there are guitarists who play especially conspicuous or bizarre guitar models to underline how "cool" they are. However, such silly motives can be excluded completely in the case of Timuçin Şahin. His sole motive is the enhancement of his own possibilities for structuring his music, which the two guitar necks of his custom-made model give him: one with frets and one without. "It is a very unconventional sound. But you first have to master the vocabulary on a fretless guitar before you can really get going on it," Timuçin stated in an interview. On his second CD at Between the Lines (following 'Bafa', BTLCHR 71221, 2009), his influences and ideas can be heard again, which range from his intensive studies of south Indian music and the harmonics of Ornette Coleman to his enthusiasm for rock bands from Led Zeppelin to Van Halen They are not used for cliché-type copies, but instead are very subtle. You have to listen very closely to understand the stories that Şahin tells. However, if you let yourself be drawn into them, you are captivated and fascinated by the intensive tales full of details as well as by the sudden twists, the careful build-up of tension due to unusual harmony sequences and then again the free association of dominating embellishments.
Es soll Gitarristen geben, die sich – zur Unterstreichung der eigenen Coolness – besonders auffällige bis bizarre Gitarrenmodelle um den Hals hängen. Aber solche niederen Beweggründe kann man bei Timucin Sahin komplett ausschließen. Ihm geht es einzig und allein um die Erweiterung der musikalischen Gestaltungsmöglichkeiten, die ihm die zwei Gitarrenhälse seiner Spezial-Anfertigung ermöglichen: einer davon mit, einer ohne Bünde. „Es ist ein sehr unkonventioneller Sound. Aber man muss erst sein Vokabular auf der bundlosen Gitarre beherrschen, bevor man loslegen kann“, so Timucin in einem Interview. Auf seiner zweiten CD bei Between the Lines (nach ‚Bafa‘, BTLCHR 71221, 2009) klingen erneut seine Einflüsse und Anregungen durch, die von seinem intensiven Studium der südindischen Musik und der Harmonik Ornette Coleman´s bis hin zu seiner Begeisterung für Rockbands von Led Zeppelin bis Van Halen reichen.

Timuçin Şahin, born in Turkey, emigrated to Holland as a young man to study in Hilversum and Amsterdam. Then he continued his studies at the Manhattan School of Music. After receiving numerous prizes and awards, he became a teacher himself. His many encounters with other jazz musicians (Mark Turner, Greg Osby, Randy Brecker) enrich his playing incessantly. And his encounter with a new citizen of the world certainly also does this; the young father dedicates his music on his new album to his recently- born son.
Şahin has tried-and-tested musicians on two instruments in his new quintet: John O´Gallagher is a saxophonist highly respected among his colleagues (Tom Harrell, Chris Potter, Maria Schneider, etc.). His dialog with Şahin has not only enthused audiences at numerous festival performances (North Sea Jazz Festival, Moers, etc.), but is also very convincing on the CD. The intensity of these musical dialogs is hard to beat, and the technical refinements are impressive.
Another colleague of many years is the maybe the best and most versatile jazz drummer these days: Tyshawn Sorey. He understands Şahin 's ideas before he even plays them and does not just accompany them, but drives them forward, gives them dynamics such as only a drummer in his class can do.
On the other hand, the bassist is new, but for whom a great future can be predicted: Christopher Tordini. He has already played with Tyshawn Sorey in other groups, and the press always praised them for their joint creative potential. Tordini plays powerfully without being heavy-handed. He plays melodious phrases without sounding banal, and consequently is also in great demand in genres other than jazz. We'll hear a lot about him in the future!
Also new in Şahin 's band: Ralph Alessi. However, not new at Between the Lines – he had his much respected international debut with "Look" (BTLCHR 71213, 2006), and he also plays as a sideman on Jeff Denson's release "Secret World" in 2012 (BTLCHR 71229, 2012). The fact that he worked with Steve Coleman and Uri Caine has also earned him a lot of attention. With his unbelievably precise, clear sound, he enriches the band in a fundamental way.