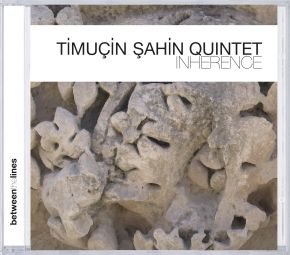 It is said that there are guitarists who play especially conspicuous or bizarre guitar models to underline how "cool" they are. However, such silly motives can be excluded completely in the case of Timuçin Şahin. His sole motive is the enhancement of his own possibilities for structuring his music, which the two guitar necks of his custom-made model give him: one with frets and one without. "It is a very unconventional sound. But you first have to master the vocabulary on a fretless guitar before you can really get going on it," Timuçin stated in an interview. On his second CD at Between the Lines (following 'Bafa', BTLCHR 71221, 2009), his influences and ideas can be heard again, which range from his intensive studies of south Indian music and the harmonics of Ornette Coleman to his enthusiasm for rock bands from Led Zeppelin to Van Halen They are not used for cliché-type copies, but instead are very subtle. You have to listen very closely to understand the stories that Şahin tells. However, if you let yourself be drawn into them, you are captivated and fascinated by the intensive tales full of details as well as by the sudden twists, the careful build-up of tension due to unusual harmony sequences and then again the free association of dominating embellishments.