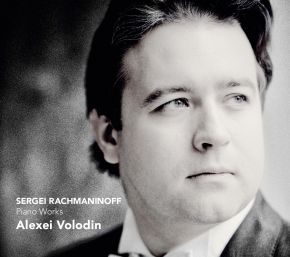 Sergei Rachmaninoff, a cosmopolitan with Russian soul. “If I don’t practise one day I notice it myself, if I don’t practise for two days, my friends notice it, if I don’t practise for three days, my audience notices it.” Franz Liszt’s statement makes clear what price he had to pay for his legendary fame as a piano virtuoso. Sergei Rachmaninoff (as he wrote his name in Latin letters) became the trustee of Liszt’s pianistic heritage through his later teacher Alexander Siloti, who was one of Franz Liszt’s last pupils and particularly close to the master. Nevertheless, Rachmaninoff’s mastery of the piano did not come about without a hard struggle. Sergei Vasilievich Rachmaninoff was born on 1 April 1873 on his family’s estate in the administrative centre of Novgorod in north-west Russia; according to the Julian calendar still valid in Russia the date was 20 March. His mother had brought country estates into the marriage as part of her dowry, but his father had no understanding whatever of economics. By 1882 the last estate had gone by the wayside, and the impoverished family moved to St. Petersburg. It must be said that Rachmaninoff’s musical gifts actually came from his father’s line: his grandfather was a student of John Field, and his father was also an excellent pianist. When little Sergei demonstrated his exceptional talents during his first piano lessons at home, further tuition was entrusted to a graduate of the St. Petersburg Conservatory. It was not long before his career led him to Moscow. Alexander Siloti, Sergei’s cousin, ten years older and already a famous pianist, paved the way in 1885 for Sergei to go to Siloti’s earlier teacher Nikolai Sverev. This legendary piano teacher was renowned for his generosity and always let three outstandingly gifted piano pupils live with him free of charge – an important circumstance for the cash-strapped Rachmaninoff family; when Sergei arrived in Moscow, he had been given a mere hundred roubles to take with him for his sojourn in the capital; more could not be mustered for him. Along with his fellow pupils in Sverev’s house the thirteen-year-old Rachmaninoff met various fellow musicians who later became famous, including Alexander Scriabin, who, however, attended the Moscow Cadet School and did not live at Sverev’s. The relationship between the two geniuses was not good and remained fraught until Scriabin’s early death in 1915. The pupils’ daily routine was strictly regimented – six hours’ practice was compulsory. Nonetheless, Rachmaninoff himself had fond memories of his time with Sverev: “Sverev transformed his house, which might have become a musical prison, into a musical paradise. On Sunday a completely different person emerged out of the strict teacher. He kept open house the whole afternoon and evening for the foremost figures of the Moscow music scene: Tchaikovsky, Taneyev, Arensky, Safonov and Siloti called round, also professors from the university, lawyers, actors, and the hours passed by in talk and making music.” In 1888 after three years’ study with Sverev, Alexander Siloti enrolled his cousin into his piano class for advanced students at the Moscow Conservatory. His interest in composition now increased, and he studied with Taneyev and Arensky; Tchaikovsky, Siloti’s friend and earlier teacher, also supported him with advice. 8 9 and intellectuals to leave Russia and go into exile: after short sojourns in Stockholm and Copenhagen, in November 1918 he moved to America with his family. He was celebrated as a star and was among the best paid pianists in the world, but never felt at home in the USA. His English remained abysmal and his house employees, whom he could afford as a wealthy man, were each and every one Russian. Russia having become inaccessible, his homesickness eventually led him at least temporarily back to Europe: in 1930 he purchased a plot of land on Lake Lucerne and built a villa there, a retreat where he worked at his compositions during the summer months. Only in the year of his death did he apply for American citizenship – he died of cancer on 28 March a few days before his 70th birthday. Sergei Rachmaninoff’s wish to find his last resting place in the Novodevichy Cemetery in Moscow was never fulfilled; his grave is in the Kensico Cemetery near New York.

Sergei Rachmaninoff (composer)More information
Piano News
"Alexei Volodin proves that he blongs to the greatest pianists of our times."