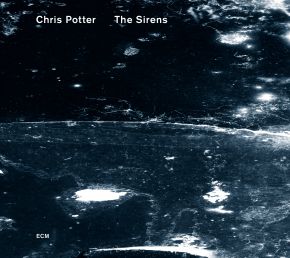 Since bursting onto the New York scene in 1989 as an 18-year-old prodigy with bebop icon Red Rodney, Potter has steered a steady course of growth as an instrumentalist and composer-arranger. A potent improviser and the youngest musician ever to win Denmark's Jazzpar Prize, Potter has forged an impressive discography that includes 15 albums as a leader and sideman appearances on 100 more. He has performed or recorded with such leading names in jazz as Herbie Hancock, Pat Metheny, Jim Hall, Paul Motian, Ray Brown, John Scofield and Dave Douglas, as well as with the Mingus Big Band. Potter made his ECM debut on Dave Holland’s 2000 album Prime Directive, following that with appearances on the bassist’s Not for Nothin’, Extended Play: Live at Birdland and What Goes Around. Along with featuring on Steve Swallow’s Always Pack Your Uniform on Top and Damaged in Transit, Potter collaborated with Paul Motian and Jason Moran on the 2010 ECM album Lost in a Dream.

David Virelles (composer)More information
18-03-2013 Jazzism
"It remains a pleasure to listen to someone who handles a superior technique so gallantly."
01-03-2013 Downbeat
"...intelligent, often beautiful disc..
"

01-01-2013 Jazzmozaiek
"Potter must be the most virtuoso saxophonist of his generation, and that is extensively admired on this CD."