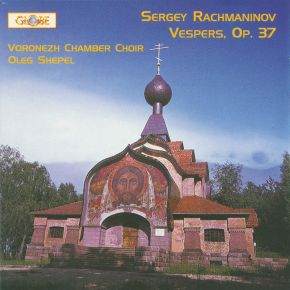 The Chamber Choir of the Voronezh Institute of the Arts is one of the most original, highly professional choirs in Russia. It was formed in 1976 by Professor Oleg Shepel from a group of student singers and was soon enlarged by the teachers and graduates of the choir conducting department of the Institute. The singers are all highly committed musicians who have acquired wide experience in choral singing and have established a high standard of performance over an extensive variety of music.

The choir performs not only in the city or Voronezh, but has toured throughout the country and abroad, including two tours or the UK. During the sixteen years of its activity, the Voronezh Chamber Choir has gained a high reputation for its versatile and often unfamiliar repertoire ranging throughout the centuries. This area of the choir's interests is being extended continuously and, as a result, its repertoire has broadened to include much large-scale music by Bach, Haydn and Mozart, a wide range of Russian sacred music by Berezovsky, Bortoyansky, Arkhaogelsky, Chesnokov, Russian classics, and music by 20th-century composers such as Bernstein, Britten, Gershwin, Sviridov, and Shcedrin.