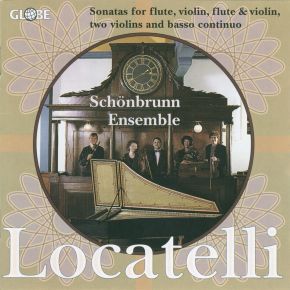 All the members of the Schönbrunn Ensemble are well-known soloists in their own right. Marten Root is first flutist in the ensemble Anima Eterna and in John Eliot Gardiner's Orchestre Revolutionnaire et Romantige. Johannes Leertouwer is leader of Anima Eterna and of the Baroque Orhestra of the Netherlands Bach Society. Sirkka-Liisa Kaakinen plays in Frans Brüggen's Orceshtra of the 18th Century. Viola de Hoog is the cellist of the renowned Schönberg Quartet and first cello of Anima Eterna. Richard Egarr, harpsichordist of London Baroque, has recently received great critical acclaim for his complete recording of Froberger's Keyboard Works.