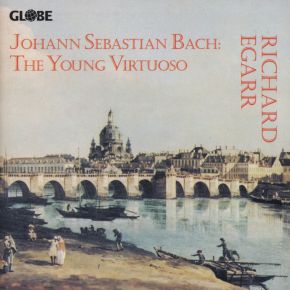 An extraordinary program of relatively unknown harpsichord works by Bach, most of them written for his own use as a 'travelling' harpsichord virtuoso before he settled down and became famous as Cantor and composer of such great works as the Passions.

The young Bach was an extraordinary virtuoso. These early keyboard works show a great awareness of the prevailing musical trends around him: the toccatas of Dietrich Buxtehude and johann Pachelbel, the French keyboard styles of Jean-Henri d'Anglebert and Nicholas de Grigny, and the more experimental styles of Matthias Weckmann and Johann Kaspar Kerll. Richard Egarr has acquired a great international reputation with his recordings of the complete keyboard works by Froberger, among many others.