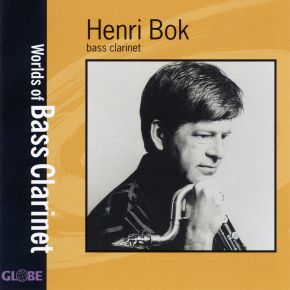 Henri Bok is internationally regarded as one of the leading performers on the bass clarinet as is also shown by the many contemporary composers who wrote for, and dedicated works to, him. During concerts with his regular duos (Duo Contemporain and Duo Novair) he has included performances from this large solo repertoire written especially for him, and as a result a large number of people requested a solo album came. With this album, Henri Bok wanted to show his instrument in its broad scale of musical backgrounds and contexts with composers from Europe, North and South America and Australia.