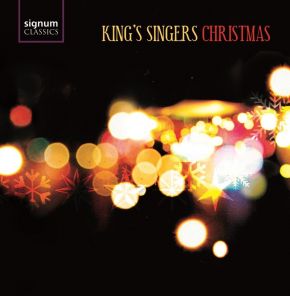 King’s Singers Christmas comprises 24 carols for each day of Advent, and a bonus 25th track which pays homage to one of their famous songs. Featured on the disc are such celebrated carols as Away in a Manger, specially arranged for the group and other traditional carols performed in their original versions.

Even though nearly every piece on this disc could be heard in an English church carol service, the variety of musical styles covered is immense. Five centuries of music are represented here including works from various different countries.

"As a group that spends much of its life on the road, we are fortunate to be able to gather music from many cultures and traditions beyond our own" says Gabriel Crouch. "Several pieces collected on our travels have found their way onto this playlist, including La Peregrinaçion by the Argentinian Ariel Ramirez, and the Polish-Ukranian song Szczo to za Prediwo, which we first heard performed by a choir from Warsaw at a King’s Singers workshop".

In addition to the choice of traditional Christmas carols we have chosen pieces by Peter Warlock, John McCabe, John Rutter, Bo Holton and our own Philip Lawson, as representative of the living tradition amongst English institutions for commissioning new carols. A King’s Singers Christmas album would not be complete, however, without a little musical twist or two. These are delivered in the form of Tchaikovsky’s The Crown of Roses which has been arranged by the great jazz arranger Jeremy Lubbock and a new version with Christmas words by Philip Lawson of the perennial King’s Singer’s favourite You are the New Day, sung to the accompaniment of a String Quartet.