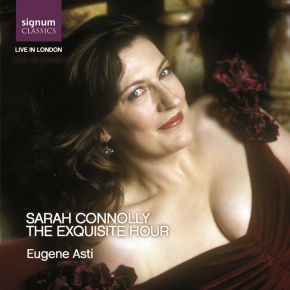 Following Sarah Connolly's series of title roles at English National Opera, Glyndebourne and New York's Metropolitan Opera in 2005, this live recital was recorded at St. John's, Smith Square, London, having been premiered at Carnegie Hall earlier in the year.

Accompanied by Eugene Asti, Sarah Connolly sings songs by Haydn, Brahms, Hahn, Korngold and Weill. Her distinctive, intelligent, warm, bright-sounding mezzo-soprano will be enjoyed by her growing 'army' of fans in this rich, romantic repertoire.

2006 sees Sarah Connolly appearing across the UK, and among her many overseas engagements lies a jewel in the crown - the title role in Dido at La Scala.


"hugely impressive disc, testifying to the versatility and range of a singer who has already drawn comparisons with Janet Baker" - The Guardian