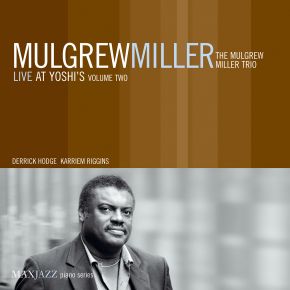 Mulgrew Miller thrives as one of the premiere jazz pianists of today. He returns with the second volume of Live at Yoshi’s, his third recording as a leader since joining MAXJAZZ in 2002. That year he reassembled his famed group Wingspan and released the critically acclaimed album The Sequel.