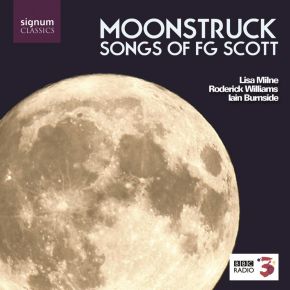 Francis George Scott is a key figure in Scotland's musical history. Often referred to as Scotland's Hugo Wolf, his poetic settings draw on material from such writers as Robert Burns and Hugh McDiarmid to convey an extraordinary range of emotions and themes.

This new recording featuring masterful performances by Lisa Milne, Roderick Williams and Iain Burnside helps to shed light on an often overlooked composer, whose work stems from both the spirit of his national identity and the tradition of the great European song composers.