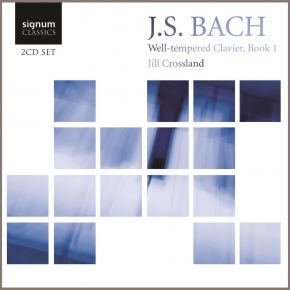 Proving that Jill Crossland “well deserves her enviable reputation as a Bach pianist” (BBC Music Magazine), this superb recording of Bach’s Well-tempered Clavier, Book 1, is a great way to start the New Year. Colloquially known as the “48” from the two books of twenty-four preludes and fugues, these works form one of the great landmarks of keyboard repertoire. Bach’s own description from the title page of his copy of Book 1 reads “Preludes & Fugues through all tones and semitones including (both) major & minor (keys).” Schumann even referred to the work as his “daily bread”. Revered for her performances of Bach, Jill Crossland gives concerts across the world, first performing the complete Well-tempered Clavier from memory as a student in Manchester.