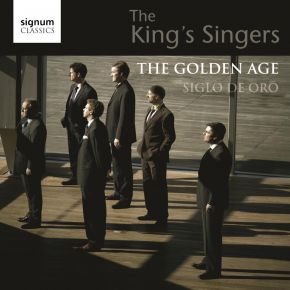 The first album to be released in The King’s Singers 40th anniversary year celebrates music by Portuguese, Spanish and Mexican composers from the period known as the Siglo de Oro, The Golden Age.

The idea for the record came from the King’s Singers church concert programmes, where the acoustics allowed great scope for drama. The music featured is exceptionally beautiful and deeply moving, with a combination of joyful and sorrowful s e ttings, indicating the substantial outpouring of music during this period.

Regularly performing over 100 concerts per season, the King’s Singers delight audiences a round the world. As the London Times states, they are ‘still unmatched for their musicality and sheer ability to entertain’.