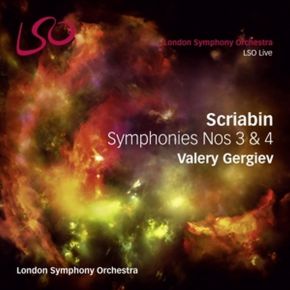 The work is a perfect example of Czerny’s art of orchestration, a technique he developed through copying the parts of Bach’s fugues, Scarlatti’s sonatas and works by Haydn, Mozart and of course, his teacher Beethoven. The animated finale is clearly influenced by Beethoven. This is hardly surprising, as Czerny was said to have committed all Beethoven’s piano compositions to memory.

Unlike many of his contemporaries, who remained in and adhered to conventions of the court, Stamitz travelled widely. His compositions were subsequently influenced by his experiences and the countries he visited. This is true of the Piano Concerto in F major.

The first movement is leisurely in character. The string arpeggio accompaniment heard here was a harmonic device employed by Mannheim-based composers and this technique was to influence Mozart some years later. There are a few unexpected harmonic twists and a section within the cadenza which bears a similarity to Schubert’s Impromptu No. 4 in A flat, Op. 90. Perhaps it wasn’t just Mozart who fell under the influence of this German composer.

The Andante moderato is a poignant second movement which includes prominent solo passages for instruments in the orchestra that harmonise beautifully with the piano. In contrast, the Rondo finale is a spirited movement full of momentum and majesty; the latter provided by the French horns.

George Joseph Vogler: on “Marlborough, s’en va-t-en guerre,” for Piano and Orchestra
It is not surprising that Vogler used exotic melodies in his compositions having visited countries with dramatic musical tastes. Like Stamitz, he travelled around Europe although his tours took him to further afield to unusual countries such as Gibraltar, Greece (under the Ottoman rule), North Africa and Greenland. Curiously, Vogler was an inventor of instrumental devices and an experimenter in acoustics. The instrumentation could be considered experimental here, where Vogler writes for piano solo, two flutes, two bassoons, two horns and strings. Vogler was also admired for his improvisation so composing 11 variations may have been an easy task for the composer. Variations on L’air de “Marlborough, s’en va-t-en guerre (1791),” is based on an 18th Century nursery song title, ‘Malbrouk, s’en va-t’en Guerre.’ It is assumed that Marlbrouk should have been Marlbourgh (a reference to the Duke). The melody is now more familiarly known as ‘For He’s a Jolly Good Fellow’ and ‘We Won’t Go Home ‘til Morning.’