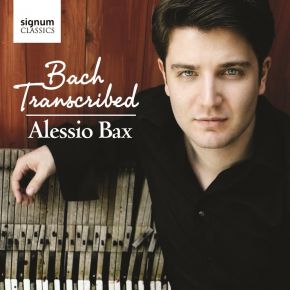 It is a sign of the brilliance of J.S. Bach that great pianists have chosen to recreate and reinterpret his works in so many ways. From Wilhelm Kempff’s subtle resetting of Wachet Auf to Ferruccio Busoni’s virtuosic grandeur in the Violin Partita Chaconne, these performances by star pianist Alessio Bax capture the reverence and resplendence of Bach’s music in thirteen great transcriptions.

Alessio Bax is universally praised for his lyrical playing and insightful interpretations. On April 23rd 2009 he was awarded the Avery Fischer Career Grant, presented once a year to talented instrumentalists who show great potential for solo careers, following in the footsteps of previous winners Joshua Bell, Hilary Hahn and Gil Shaham.