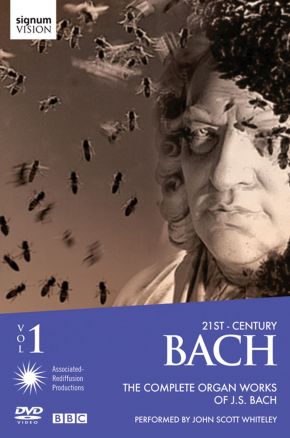 The indisputable master of Baroque music, Johann Sebastian Bach’s reputation is greater now than ever. Now his entire organ works are to be made available on DVD for the first time through the release of the highly-acclaimed BBC2 television series, 21st-Century Bach. Played by the organist of York Minster, John Scott Whiteley, one of the world’s most accomplished Bach interpreters. This album includes some of Bach’s greatest organ works. Bonus features include interviews with Harvard University Professor Christoph Wolff, and commentaries by the performer