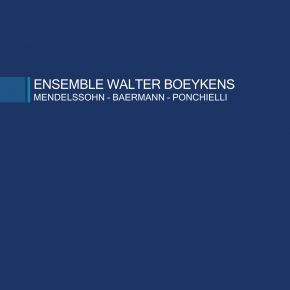 On his third recording for the Penguin, Walter Boeykens explores 19th century chamber repertoire for two clarinets. There are interesting family ties on this disc between the original and the current performers. Mendelssohn wrote his Two Konzertstücke for two clarinets for father and son Heinrich and Carl Baermann, both exceptional clarinet virtuosi. Carl – no mean composer himself – wrote a Duo concertant which he performed with his father. Like Heinrich, Walter Boeykens has a talented daughter (Anne) to play the second clarinet in this programme of delightfully accessible salon music.