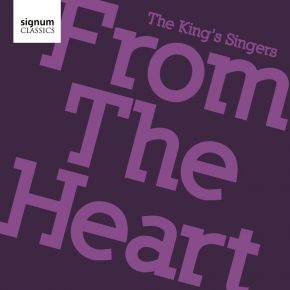 Described by The Times as a group that has “stayed in character over four decades, yet returned itself to the times” and by Gramophone as “enchanting the ear from first to last note” The King’s Singers are truly remarkable They continue to be one of the most sought-after and critcally acclaimed vocal ensembles in the world, performing a rich and varied repertoire from Gesualso to György Ligeti and Michael Bublé.

With a discography of over 100 recordings The King’s Singers have garnered both awards and significant critical acclaim. Their recent studio album Simple Gifts was awarded a Grammy in 2009. The coming year will see the release in the UK of The King’s Singers new album Swimming Over London, a disc that crosses genre borders in a way similar to Simple Gifts, using smooth jazz as the inspiration for new pieces and arrangements with the King’s Singers signature style and standards.