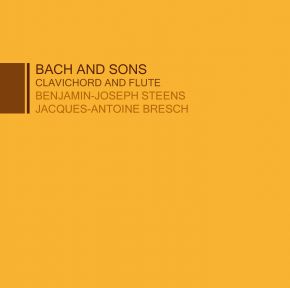 It’s good to observe that commercial risks can become unexpected bestsellers. In keeping with 18th century home entertainment preferences, we had asked keyboard virtuoso Benjamin-Joseph Steens to record Bach’s Goldberg Variations on a clavichord instead of a harpsichord, and this recording became a hit (first on Youtube, then on compact disc). On his new album, Steens confronts the delicacy of his clavichord with the colourful intimacy of a traverso played by Jacques-Antoine Bresch, in an unprecedented exploration of keyboard and flute music by the Bach sons.