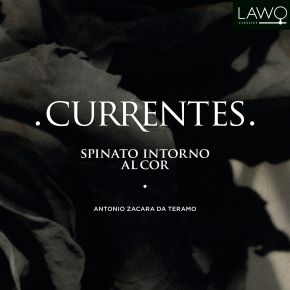 It is the first available CD-portrait of this significant Roman composer. Besides being a papal singer, Zacara was also a scriptor litterarum apostolicarum (copier of apostolic writings) to the Papal Chancellery and a painter of miniatures.

Many have been fascinated by the diversity of Zacara´s musical production, from his shorter songs of simple polyphonic beauty, such as those copied in the manuscript known as "Squarcialupi Codex", to the longer, polyphonically complex and textually sometimes bizarre works transmitted in "Lucca Codex". Both extremes are represented in our programme, starting with "Ferito già d´un amoroso dardo" and ending with the famous flower-trilogy "Rosetta" - "Un fior gentil" - "Spinato intorno al cor". Also included are the autobiographical madrigal "Plorans ploravi", and "Le temps verrà", a motet about the Great Schism from 1378-1417. These two songs give significant information about the life of Zacara, about the loss of his son, and his position as a singer at the court of anti-pope Giovanni XXIII.

Zacara had an impressive and many-sided career, as is testified by various documents concerning his positions and fortune, and the wide-spread copying of his songs. Hiscompositions were held in high regard all over Europe and considered "oracles" by his followers.