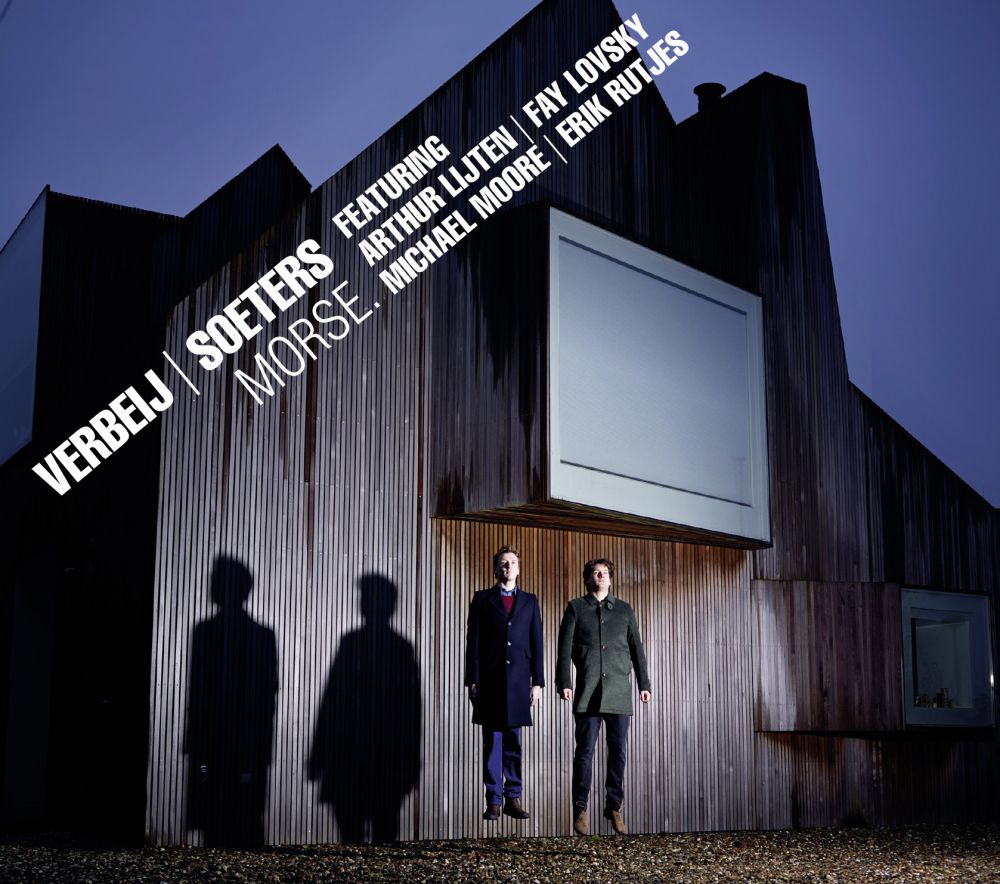 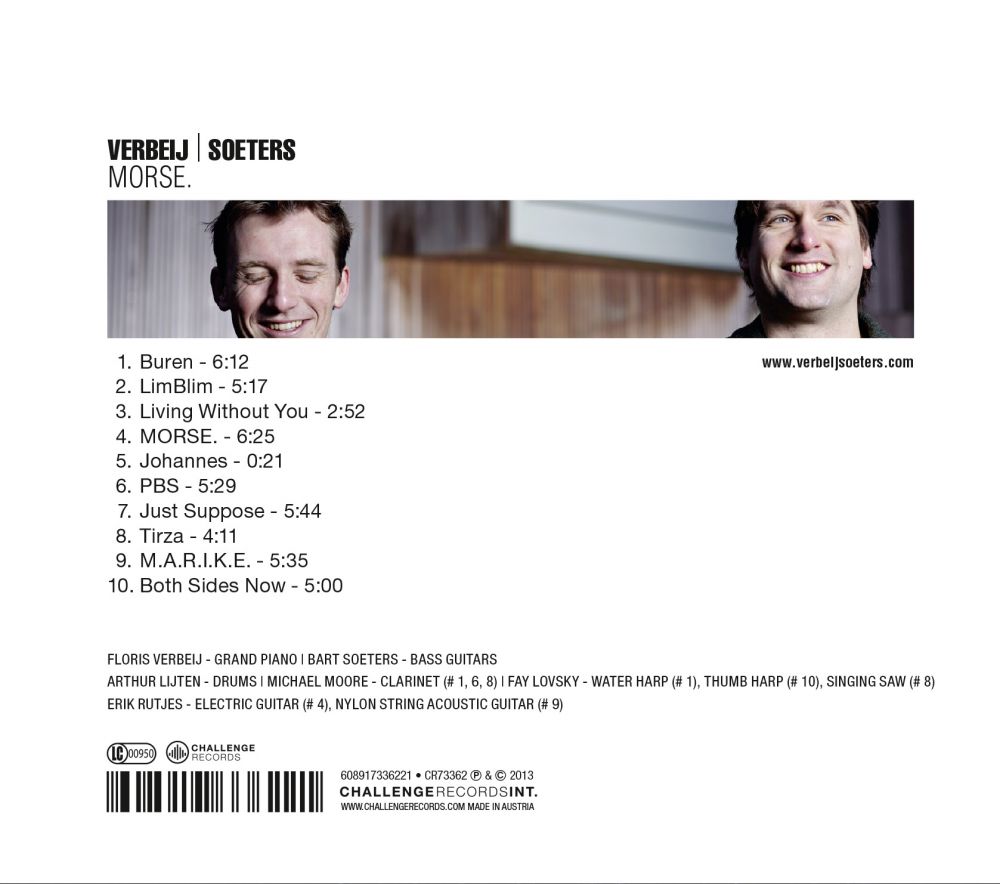 ""Highly recommended is the track M.A.R.I.K.E., it starts with a nice drum intro, and perhaps one of the most beautiful songs on this album""

Imagination, interwoven compositions and an unique personal view on traditional forms are characteristic for this album. Floris Verbeij and Bart Soeters about their music: “Our drive is to tell stories, stories you need to hear”. The duo are surrounded by musicians who’ve put their mark on Dutch Jazz: Michael Moore, Erik Rutjes, Arthur Lijten and Fay Lovsky. Verbeij and Soeters were successful before as Artists in Residence at “Festival achter de Linie”, at The National Theatre, The Pim Jacobs Music Award, as composers for various major film- and theatreproductions and are teaching innovatively at the conservatories of Amsterdam and Utrecht.

As the musicians themselves say, the realization of this album took some years. In this period, compositions matured and developed into inspiring meeting points. The music is so weightless and subtle, it flows like a stream of warm sunset air. Even a 21-second-long "Johannes" takes one deep exhale to slip through your mind.

“This guy certainly has his way with chords.”
Clare Fischer about the compositions of Floris Verbeij

Morse.
"We embraced a concept that challenged us to search for the unknown and that structured our creative impulses.

The realization of our album took some years. In this period, our compositions matured and they developed into inspiring meeting points; they became places to be rediscovered by ourselves and by the inspiring musicians who influenced this album deeply. Our goal was to focus our imagination, expression and musical embodiment into one album: MORSE."
- Bart Soeters and Floris Verbeij

Floris Verbeij (1982) is a piano player and composer. He studied with Bert van den Brink, Jason Rebello and Clare Fischer and at age 26 he started teaching at both the Conservatories of Utrecht and Amsterdam. He is a Musical Director for amongst others Het Nationale Toneel and over the past few years he has been composing music for films, series and theatre plays.

Bart Soeters (1980) finished his Master-studies as a bass player and a composer in 2006 at the HKU and had by then already received multiple awards as a student, amongst which the Pim Jacobs Music Award. He studied with Theo de Jong and in the US with Victor Wooten and Marcus Miller. He plays in a great variety of bands ranging from Souldada and Kaz Lux to classical ensembles such as the Cello8ctet Amsterdam and Het Brabants Orkest. Bart is a teacher and lecturer at the Conservatory of Utrecht.

"Highly recommended is the track M.A.R.I.K.E., it starts with a nice drum intro, and perhaps one of the most beautiful songs on this album"
Music Emotion, 06-11-2013

The album plays as a consecutive list of musical stories.
Jazzbulletin, 07-6-2013

"As for me, both for recording and mastering musical relevance, absolutely a 9 out of 10;! Therefore recommended!"
www.audiofreaks.nl, 14-5-2013

Verbeij and Soesters thinking resulted in an album with ten parts that sound like a collection of musical stories.
Jazzism, 13-5-2013

This CD captivates from beginning to end, mainly due to the strong and smooth compositions.
JazzFlits, 08-4-2013

The compositions are solid as a rock, are musically and compelling.
Audio Freaks, 10-3-2013