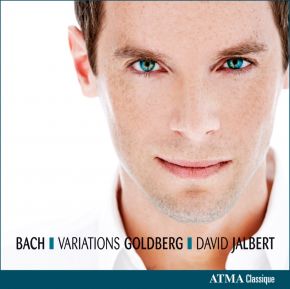 Canadian pianist David Jalbert tackles Bach’s Goldberg Variations in a new ATMA recording. Critics have already praised his interpretation of this masterpiece in concerts: 'After some sixty-five minutes of deep concentration coming almost from another world the pianist repeated Bach’s slow, melodic opening Aria and closed the Variations’ frame. There was a long moment of silence, then a sustained sequence of unanimous, loud, standing applause punctuated by bravo’s [for] David Jalbert […]. No one expected or wanted an encore. One could not ask for more.' Joe Lella, The beat magazine Nov. 2011