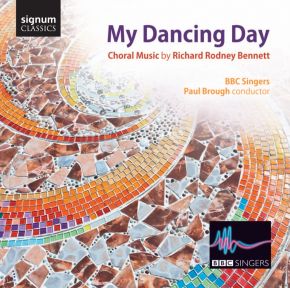 As one of Britain’s most respected and versatile musicians, Sir Richard Rodney Bennett has produced over two hundred works for the concert hall, and fifty scores for film and television, as well as having been a writer and performer of jazz songs for over fifty years.

This album of compositions and arrangements performed by the BBC Singers showcases some of his most popular and beguiling works for choir and voice, drawn from classical and jazz music and featuring his ever-popular work A Good-Night.