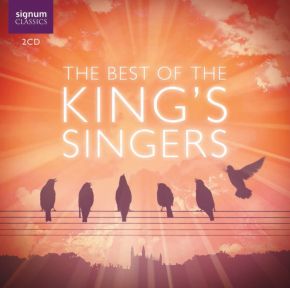 The Best of The King's Singers

As part of Signum's 15th anniversary year this celebratory collection of The Best of 'The King's Singers'  has been released – a double album with a collection of songs drawn from their now extensive catalogue on Signum.

The first CD includes titles from Christmas (the groups debut album with Signum, released in 2004), along with music from Landscape and Time, Treason and Dischord, Gesualdo’s Tenebrae Responsories, Sacred Bridges, Siglio d’Oro, Romance du soir, From the heart, High Flight and the 2012 release Royal Rhymes and Rounds.