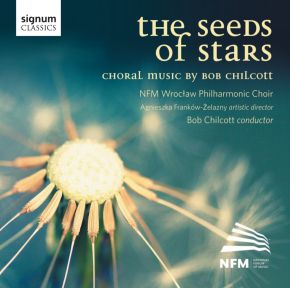 The Seeds of Stars

Former King's Singer Bob Chilcott conducts a stellar array of his choral music, in a collaborative performance with the Wroclaw Philharmonic Choir. Described by the Observer as “a contemporary hero of British Choral Music”, Bob Chilcott works tirelessly as a composer and choral conductor - August 2012 saw the first performance of The Angry Planet in the BBC Proms at the Royal Albert Hall, and he has recently completed commissions for The Bach Choir, BBC Singers and National Youth Choir of Great Britain.