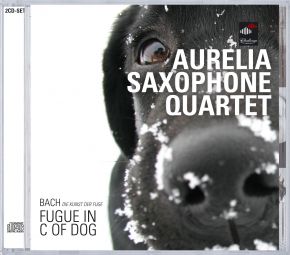 Fugue in C of Dog

With this recording of Johann Sebastian Bach’s Art of Fugue, we are finally fulfilling a long-cherished dream.
We first performed the Art of Fugue in 1996, and the work has been in our repertoire ever since. During the first years of our exploration of this musical pyramid, we would occasionally perform a couple of fugues on our concerts. We began giving complete performances of the Art of Fugue in 2000.

Two important ideas emerged after we started giving complete performances of the work.

Idea no. 1: A performance given by a saxophone quartet necessitates a different order of the fugues from that found in the first edition and the manuscript.

Idea no. 2: Wouldn’t it be wonderful to accompany Bach’s musical monument by a kind of contemporary commentary? Does the fugue still exist in the twenty-first century?