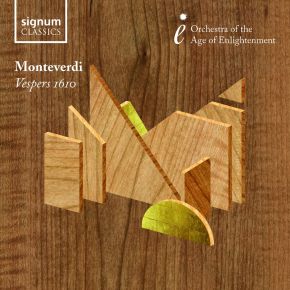 This album represents a new orchestra partnership for Signum Records with The Orchestra of the Age of the Englightenment, one of London and the world’s leading period-instrument ensembles. Led by Robert Howarth, the recording was made at Kings Place following the orchestras successful 2010 tour of the work.

On the Vespers, Robert Howarth writes: "For me, Monteverdi’s music enhances the text beautifully. It doesn’t matter whether one is religious or not, this music touches the human soul and reflects, sincerely and passionately the true meaning of the texts in the psalms and motets … You don’t need to know what’s being sung to hear that this is a masterpiece. However, it was Monteverdi’s intention to show you his thoughts on the texts and I think it is that intention that drives this music."