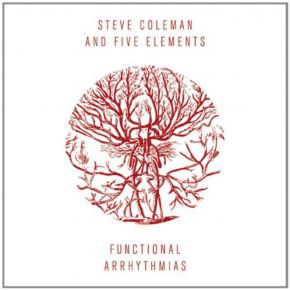 Functional Arrhythmias is the latest and most ambitious chapter in alto saxophonist Steve Colemans ongoing study into patterns found in nature  in this case the various rhythms found inside the human body  and using them as the building blocks for his highly individual musical language. The new CD follows on the critically acclaimed Harvesting Semblances and Affinities and The Mancy of Sound, both released on Pi Recordings. To help realize his latest musical vision, Coleman has revamped his band Five Elements by reenlisting two veterans: Sean Rickman on drums and Anthony Tidd on bass. Together with long-time member Jonathan Finlayson  one of the most acclaimed young trumpeters on the jazz scene  and guitarist Miles Okazaki, they possess the combination of intuition and experience to capture Colemans music in all its labyrinthine beauty.

The title of the album refers to the irrational rhythms found in healthy human heartbeat patterns and how many of its compositions utilize the heartbeat pulse (ternary or triple pattern). Coleman has long been fascinated with time-related themes, and Functional Arrhythmias is his attempt at creating a musical analogy of the rhythmic interaction between the circulatory, nervous, respiratory, and other biological systems of the human body. He also examines the effect of sensory stimuli on these relationships, and reflects them in the music. He credits the master percussionist and polymath Milford Graves — whose pioneering research into heart sounds and rhythms point to the connection between the human soul, biology and music — for providing the inspiration for his explorations.

Steve Coleman (artist)More information
22-03-2013 Jazzthing
"... After long wanderings the saxophonist has returned to himself - since many years his clearest and most exciting album."