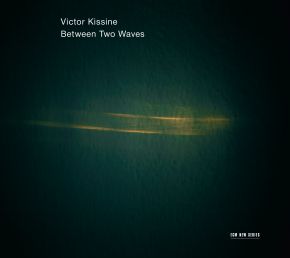 Following on from Victor Kissine’s luminous orchestration of Schubert’s String Quartet in G Major (ECM 1883) and his own “Zerkalo” with Kremer and friends (ECM 2202), here is the first ECM album devoted entirely to the compositions of the composer from St. Petersburg. The flavour of the sea pervades the three recent compositions heard here, variously inspired by the poetry of Mandelstam and Brodsky: the concerto for piano and string orchestra “Between Two Waves”, the Duo (After Osip Mandelstam) for viola and violoncello, and “Barcarola” for violin, string orchestra and percussion. All three pieces are dedicated to the collaborating players – Gidon Kremer and the musicians of Kremerata Baltica. Of the “Barcarole”, Kissine has said that it reflects the experience with Kremer and company on the earlier Schubert orchestration. Subsequently Kissine “wanted to write a piece that was orchestral but intimate – a kind of ‘concerto in watercolour’. The explicitly chamber character of the ‘Barcarole’ guided me toward the form of a concerto in one movement, which also unfolds in waves.” The album, recorded at last year’s Lockenhaus Festival, is issued in time for Kissine’s 60th birthday on March 15, 2013.

The three compositions were recorded at the Lockenhuas Festival 2011 and form “a kind of cycle” in the words of the composer. A unifying factor is “a flavour of the sea”. The topography of St Petersburg, city of canals (“the Venice of the North”) may also be reflected in the project, Kissine says: “Right bank, left bank and the two open arms of the bridge in between. The “Duo After Osip Mandelstam” [for viola and violoncello] begins and ends with a see breeze, while the waves in “Between Two Waves” [concerto for piano and string orchestra] unfurl right up to ‘Barcarola’.” The pieces are also linked by references to Bach, explicit in the Duo and implied in “Between Two Waves” and “Barcarola”.

The music’s signature, however is unmistakably Kissine’s. “Many experiences and emotions – friendship, admiration and affinity – lie beneath the surface of this reticent musical language,” Belgian critc Frans C. Lemaire has noted. “[It] prefers soft murmurings to loud pronouncements, and closely restricts the development of the melodic material.“