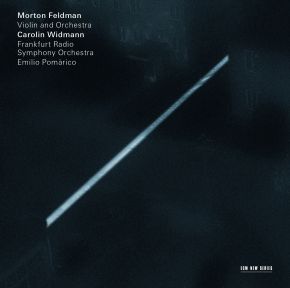 “In the noisiest century in history,” critic Alex Ross has noted, “Morton Feldman chose to be glacially slow and snowily soft. [In his music] chords arrive one after another, in seemingly haphazard sequence, interspersed with silences. Harmonies hover in a no man’s land between consonance and dissonance, paradise and oblivion.” Violin and Orchestra calls for the largest instrumentation Feldman specified – including quadruple and triple winds and brass, four percussionists, two harps, two pianos and a corresponding body of strings. Yet the work is quiet, dreamlike.

“Feldman is a great favourite of mine,” says Carolin Widmann. “His music has in my opinion not only contemporary but everlasting relevance for its unique language and the ways in which it seems to suspend time, to freeze it.