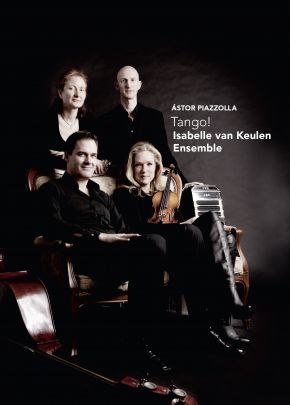 Ástor Piazzolla (composer)More information
01-11-2013 The Strad
"This release from Dutch violinist and violist Isabelle van Keulen and the ensemble she formed to play Piazzolla's music, stands out both for its exemplary performances and for its release on CD, DVD and Blue-ray."
01-10-2013 concerti
"Tango passion"
22-09-2013 www.opusklassiek.nl
""For lovers, and there are undoubtedly many, there is nothing else but to buy both formats, but than you have the crème de la crème of Piazzolla's performances at home""
18-09-2013 Kultur online
"They take Astor Piazolla's music by heart and this is how they play themselves into the hearts of everyone loving music - and especially tango."
09-09-2013 HDVD Arts
"
better than any other classical music record ever made "