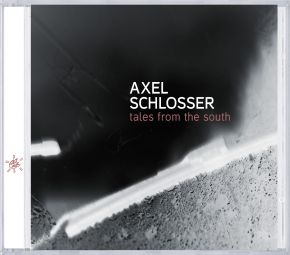 Tales From The South

The 37-year-old trumpet and flugelhorn player Axel Schlosser is releasing the first CD of his quartet founded in 2011. He has found perfectly matched partners in Olaf Polziehn on piano, Martin Sjöstedt on contrabass and Daniel Fredriksson on drums, who know precisely how to implement his musical visions and radiate with tasteful solos always at the service of the music. The range of pieces is very wide, and we undertake a musical journey, in which very different styles are interwoven. At times, they flash for a short time like words quoted randomly, and at other times they are played out to the end with time allotted for their development. Modern jazz meets ragtime and folk songs as well as modes of New Orleans' sounds; the quartet plays full of drive and tension in upbeat numbers at times and then enchants listeners in ballads full of feeling and sensitivity. You notice with every note that the communication, the "chemistry", is right in the band. Schlosser produces wonderful sounds on the trumpet and flugelhorn, which range from aggressively sharp to deep and soft as silk. Polziehn on the piano shines not just thanks to his great solos, which are actually just as important, but also thanks to his ability to find the right notes in accompanying, to create space and – when necessary – to pound the keys to the fullest. The rhythm group of Martin Sjöstedt on bass and Daniel Fredriksson on drums is a dream team. Their playing supports the group to the utmost. Sjöstedt also entices enchanting sounds from his bass.

Axel Schlosser, born in 1976, already played New Orleans jazz and brass band music when he was a child. He had his first trumpet lessons when he was 12 and was already a member of BuJazzO as well as the Youth Jazz Orchestra of Baden-Württemberg when he was 17. Then he studied jazz at Mannheim Music College and graduated with top grades. He made a name for himself over the past years as a member of the quintet L 14,16 and as the first trumpet player of the hr big band.

Olaf Polziehn, born in 1970, studied at Cologne Music College under Frank Chastenier and John Taylor. He was already a pianist of the Bundesjazzorchster (German Jazz Orchestra) from 1992 until 1995. His soon founded his own trio, which was later expanded to a quartet with the New York saxophonist Harry Allen.

The Swedish bassist Martin Sjöstedt was born in 1978. He is a member of the Stockholm Jazz Orchestra, where he has accompanied many American jazz stars from Joe Lovano to Chris Potter, and plays in several bands. Last year, he toured with Joey Calderazzo and Daniel Fredriksson in the band of the legendary Swedish saxophonist Hakan Broström.
Drummer Daniel Fredriksson (born in 1976) is also Swedish and plays regularly with Martin Sjöstedt in several bands. He received his training in Stockholm and New York and has played as well as recorded CDs with Marcus Strickland, Joey Calderazzo, Rigmor Gustafsson and Lee Konitz, among others.