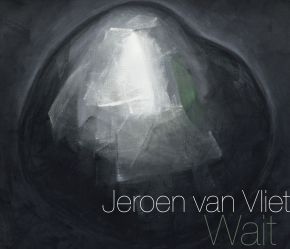 On Friday 10th of February 2014 Jeroen van Vliet presented his long-awaited second solo album in a jampacked Paradox. The reviews about this concert were praising:

The compositions have emerged over the years in the context of various projects, this resulted in very diverse impression of introverted and lyrical to intense and passionate.
3voor12 Tilburg, 2014

"Without any exaggeration after listening to this, the only conclusion: almost as good as the a forementioned concert. With these two drives, the powerful concert presentation remains - for ever - till the imaginations speaks"
Jazzenzo, 2014

Jeroen van Vliet has a great affinity with the 'Classical' timbre and also with a meditative element in the music, with energetic rythms and improvisations.

Jeroen van Vliet (composer)More information
01-11-2014 Jazzism
""Beautiful and often romantic album with own elements that distinguish him from the superficial 'playing beautifully' pianist.""
25-07-2014 Jazzflits
"His touch, but especially his lyrical approach of music and timbre, makes him recognizable and beloved."
11-06-2014 Trouw
"'Wait' is not an album of someone who wants to shake up the world with shocking new music, but Van Vliet knows skillfully to avoid the biggest clichés and focusses on what he has to say.

16-05-2014 Nederlands Dagblad
"Van Vliet shows in an impressive way silences in his work, making the notes get a bigger  force."
13-05-2014 Jazzism
"The play of the pianist is full of tension, retained the resilience and the dare to use silences in a functional way."
21-04-2014 Draai om je oren
"ghus unfolds the music, slowly but confidently "
17-04-2014 Trouw
"Touch of melancholy and pleasanty round"
05-04-2014 Limburgs Dagblad
"Faint sound of a musician who slowly rises to great heights. What a sense of calmness."
01-04-2014 Pianowereld
"Wait shows that Jeroen van Vliet has reached the abslute top of the contemporary jazz pianism "
07-02-2014 Draai Om Je Oren
"With "Wait" Van Vliet marks the time to live in the moment."
02-02-2014 written in music
"the pianist from Tilburg,Jeroen van Vliet impresses with his second album Wait. Even more than his first solo album this album sounds authentic and pure."
02-02-2014 Written in music
"With 'Wait 'Jeroen van Vliet shows us that improvised music builds its own authentic tradition in the Netherlands."
12-01-2014 www.jazzenzo.nl
""Just as good as the a forementioned concert. With these two dics, the powerful concert presentation remains - for ever - stays captivated""
09-01-2014 VeraVingerhoeds.nl
"Jeroen van Vliet is known as a pianist who have a strong sense of melody and harmony efficacy with adventure and experimentation. One of the most lyrical jazz pianists of the Netherlands as well as a master of nuance and subtlety."
08-01-2014 www.emusic.com
""The new release by Dutch pianist van Vliet is a solo piano performance, beautifully expressed. Moody, intense, dramatic flourishes that retains a serene presence""
01-01-2014 jazzflits
"Wait makes you quiet. Wonderful "