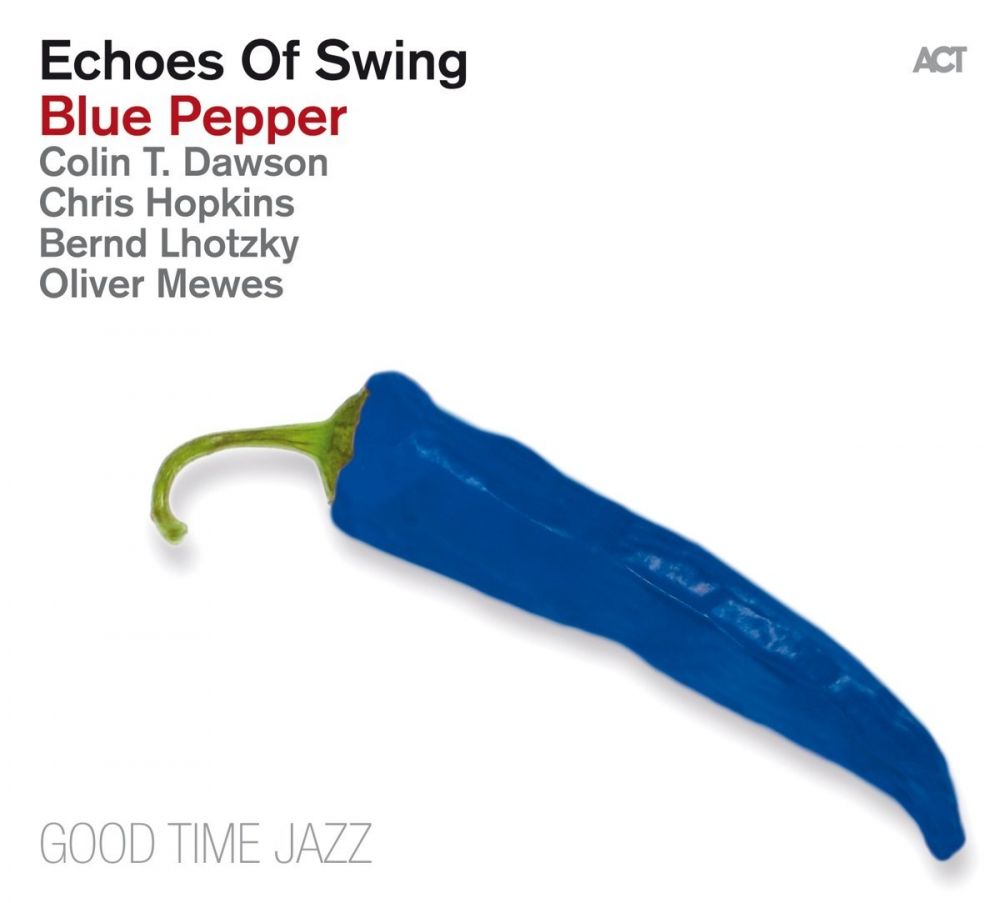 Can a band of today catch the excitement and fire of the swing era? The quartet Echoes Of Swing has proved this is possible since its formation in 1997. Some bands of the 1920s and 30s adopted trumpet, reed, piano and drums, such as those of Lovie Austin and Willie “The Lion” Smith, but these were essentially chamber jazz groups. Echoes Of Swing refused to think exclusively on such a small scale. Instead, they found ways to transfer the sounds of much larger forces to a compact tight-knit setting. Starting in 2002 with their third album You’ve Got to Be Modernistic, the band successfully added instrumental colour and nuance to its arrangements, varying the mood and tempo between pieces, and using voicings where the piano deftly added third and fourth parts to the trumpet and saxophone lines. Suddenly four pieces began to sound like a much larger ensemble.

Who are the swing stylists in this band? Trumpeter Colin T. Dawson started out as a child star in his native Britain, travelling the length and breadth of the country with traditional jazz bands in the New Orleans style. Subsequently Colin mastered the swing styles of such greats as Roy Eldridge and Charlie Shavers, without losing his own identity. Meanwhile Chris Hopkins, born in America but raised in Germany, might easily have been the pianist in the band, as he is a fine player. As an alto saxophonist he takes the swing language of Johnny Hodges, Benny Carter and Pete Brown as a starting point for his own approach to the instrument. Bernd Lhotzky is one of the world’s finest stride piano specialists, whose playing encompasses a stylistic breadth far wider than his idols Fats Waller, James P. Johnson and Willie “The Lion”. Oliver Mewes attended the conservatory in Cologne, and studied with drums greats Victor Lewis and John Riley. He specialises in classic and swing drum styles, working with a roll call of the world’s finest players in this idiom.

A Swing Era feel doesn’t have to come from Swing Era compositions. The album’s title track hails from Ellington’s Far East Suite, written by Duke and Billy Strayhorn in 1966. Originally called “Blue Pepper (Far East of the Blues)”, the piece retains its overall shape, but sounds as if it was written for just such a small swing group. Rufus Jones’s rockish drumming on the original is replaced by something lighter, more swinging, but no less contemporary by Oliver Mewes. Equally “La Paloma Azul” (“The Blue Dove”) came into jazz by various routes, most famously Dave Brubeck’s 1967 Mexico recording. The treatment here acknowledges Paul Desmond’s delicate sparring with Mexican percussionist Rabito Agueros, but sounds purpose built for the Echoes Of Swing.

One of the band’s strengths is knowing when not to play too many notes! Fans of Fritz Lang’s 1953 film noir The Blue Gardenia will be surprised how Nelson Riddle and Nat King Cole’s lavish title song has been pared down from shimmering strings and Hollywood vocal into Colin Dawson’s minimal arrangement for his own singing.

Can you play pieces from the ‘20s and ‘30s without sounding dated? This band can. Lorenz Hart took four attempts to arrive at the lyrics for “Blue Moon” on a tune he and Richard Rodgers originally called “Oh Lord, If you’re not busy up there”. In late 1934, “Blue Moon” was recorded by Frank Trumbauer, featuring Bunny Berigan, Glenn Miller and Artie Shaw. Rod Stewart and even Eric Clapton have cut versions of it, too, but the Echoes Of Swing treatment sounds authentic, without the archaic timing of Trumbauer’s record or the self-consciousness of the rock stars! Equally “Black Stick Blues” which Sidney Bechet recorded with Noble Sissle in 1938 keeps the ragtimey character of Bechet’s piece, but puts it into a timeless zone, where there are more echoes of swing players like Billy Kyle or Roy Eldridge than Sissle’s long-forgotten sidemen Clarence Brereton or Gil White. Bechet’s ghost is nowhere to be heard on “Wild Cat Blues” which he famously recorded with Clarence Williams, instead this sounds how John Kirby’s illustrious small band of the 30s and 40s might sound today.

How do Echoes Of Swing avoid sounding like a repertory band? By adding new music. Not only have they arranged standards old and new, plus some less-well-known songs, but created strongly written original material too. The pressure release valves for big band players were new songs and jam sessions where they had the chance to solo. This band has achieved both with music that’s tricky to play (Hopkins’ “Blue and Naughty” is as serpentine as any a Charlie Parker head arrangement) but offers the chance to blow freely as well. Likewise, Bernd Lhotzky’s “The Smurf” is built round his elegant stride, putting the piano in the foreground as “The Lion” did, or Art Tatum in his 1937 Swingsters.

With “Blue Pepper” Echoes Of Swing open a new chapter. It’s a quantum leap forward from their last award winning album Message From Mars, with even more impressive arrangements, and some outstanding original pieces. The legacy of the swing era is safe in the hands of these fine musicians.

Free from any museum nostalgia, the four musicians take their inspiration from the gigantic treasury of swinging jazz, from Bix to Bop, from Getz to Gershwin, while constantly searching for the hidden, the unexpected, the exquisite. The Great American Song book and the immeasurable recordings of great Jazz pioneers form the humus for the creativity of the combo, with astonishing arrangements, virtuoso solos and expressive compositions of their own.

Two horns, drums and piano. This unique, compact formation permits the greatest in harmony and flexibility and allows freedom for an agile, exact ensemble. The group thrives on a mixture of clever arrangements and interaction of improvised dialogue, performing for, and with one another.

The contemporary interpretation of an enormously varied repertoire and not last the humorous moderation and spontaneous stage presence, has helped gain ECHOES OF SWING great popularity and made the ensemble a much renowned and celebrated attraction on the international jazz scene.

Sixteen years of touring have led the ECHOES all across Europe and the USA, to Japan, New Zealand and even the Fiji Islands. The exceedingly diverse musical development of the band is in the meantime impressively documented on five CDs. The last ECHOES OF SWING album ‘Message from Mars’ received the ‘Prix de l’Académie du Jazz’ in Paris, and in Germany was awarded the ‘German Record Critics' Award’.

In 2013 ECHOES OF SWING signed a contract with 'ACT Music & Vision'. The eagerly anticipated album is now due for release. 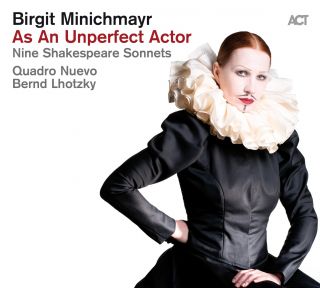 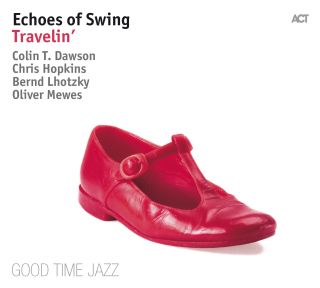 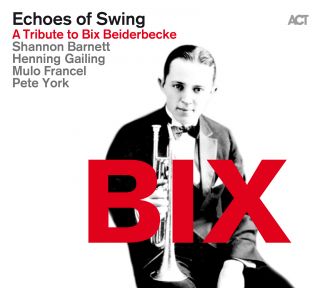 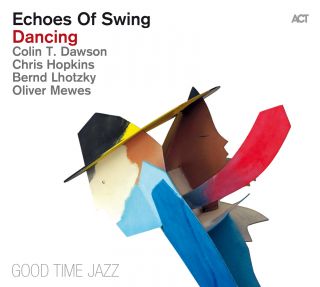