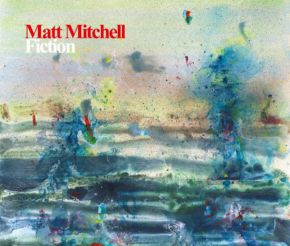 Fiction is the highly anticipated debut recording from Matt Mitchell, one of the most in-demand pianists in jazz. Recently named one of “Four Young Pianists on the Rise” by The New York Times, Mitchell is a member of the Dave Douglas Quintet, John Hollenbeck’s Claudia Quintet plus 1 and Large Ensemble, and most prominently Tim Berne’s Snakeoil, whose eponymous album garnered accolades as one of the best releases of 2012.

The pieces on Fiction were originally conceived by Mitchell as etudes to help him integrate composition with improvisation and to test the technical limits of his pianistic abilities. He started composing these pieces in 2010 just for himself – little musical puzzles to worry over – without much concern whether anyone besides himself would actually be able to play them. The music pack a huge amount of information into their short forms; they’re all odd angles and shapes, sometimes with extreme interval leaps and constantly shifting rhythms. For example, the piece “singe” assigns two distinct tempos to the pianist’s left and right hands. This is music almost completely devoid of any reliance on clichés and pet licks.