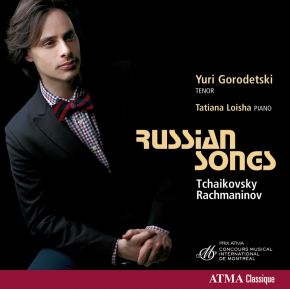 In June 2012, Belarusian tenor Yuri Gorodetski won the ATMA CD prize at the Montreal International Musical Competition organized by Les Jeunesses musicale du Canada. For his first solo CD, Mr. Gorodetski selected songs by Tchaikosky and Rachmaninov, and is accompanied at the piano by Tatiana Loisha. The CD was recorded in April 2013 at Françoys-Bernier Hall at the Domaine Forget in the Charlevoix region of Quebec.