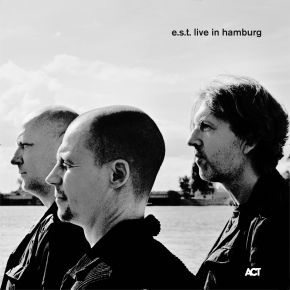 The “Jazz album of the decade 2000 – 2010” (London Times) now available on vinyl: 4er LP Collector’s Edition remastered and including a 12 page Vinyl-size booklet (with photos by star photographer Jim Rakete): The Times: “In a decade when Scandinavia staked a claim as the home of progressive jazz, no one had more success than this piano trio. The tragic death of Esbjörn Svensson halted their march to global success.” e.s.t.´s concerts are legendary and have won the band fans worldwide also outside the jazz field. This sold out concert in Hamburg on November 22, 2006 took place towards the end of the German leg of the Tuesday Wonderland world tour. Altogether the band performed more than 100 shows in 24 countries to an audience of well above 200,000 people during that tour. The recording reflects the concert one to one, no songs were...