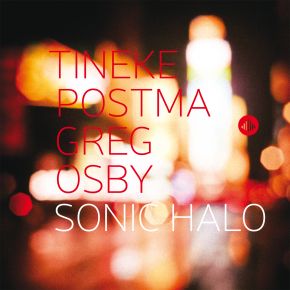 This album is promising an absolutely fresh and intriguing music. Osby's modern energetic and acoustic conceptual sounds will meet the melodic European influences of Tineke. A recording with two soprano saxophones has hardly ever been done before; it’s pretty uncommon. The intriguing mix of male and female ingredients from Greg and Tineke will show that times have changed and jazz is not a music style dominated by males anymore. Greg Osby was Tineke’s mentor once, now Greg admits they are peers and he has a lot to learn from her. It is a multicultural project uniting the greatest young musicians from the NYC scene, the Netherlands and Australia.

Besides all, this is the first album of Tineke in the last 3 years and for the first time she has been recording as a co-leader with Greg. This album will show her new musical developments influenced by her long stays in NYC and performances with top artists of the US jazz scene.

A two-time Grammy nomination for Tierney Sutton! The first in the category 'Best Vocal Jazz Album'. The second category is the 'Best Instrumental Arrangement'. We are very proud of this nominations! The album is released a few weeks ago.Also Tineke Postma is nominated. She plays on 'The Mosaic Project' of Terri Lyne Carrington. That album is also nominated for 'Best Jazz Vocal Album'!The winners will be announced on February the ...

Tineke Postma (artist)More information
Greg Osby (artist)More information
11-12-2015 NRC Next
"["].. Tineke also knows how to play her male colleagues off the stage.""
10-12-2015 De Volkskrant
"[ ...] The growth that ​​jazz saxophonist Tineke Postma has made is admirable. In no time did the 36 year-old Frisian not only reach the top of the Dutch scene, but she also reached into the international jazz. Rightly the jury of the Buma Boy Edgar Prize saw Postma's combination of cosmopolitanism and Dutch sobriety. ,,How a basically modest Frisian built up a musical career in the United States with her own band and collaborated  with not the least of them" the jury says [ ...]"
09-12-2015 De Volkskrant
""In New York she went straight to the big stages, today jazz saxophone player Tineke Postma (37) will receive the Boy Edgar Prize. "Depth with very few notes, that's my goal.""
01-10-2015 Doctor Jazz Magazine
"[''].. "What is strinkingl with Tineke Postma," says the jury, " is the combination of cosmopolitanism and Dutch sobriety.""
28-06-2015 NRC Handelsblad
""The Buma Boy Edgar Prize 2015, the most prestigious award in the Netherlands in the field of jazz and improvised music, is awarded to composer and saxophonist Tineke Postma.""
27-06-2015 De Volkskrant
""This year, saxophonist TIneke Postma won the Buma Boy Edgaraward, the most important Dutch jazz award. The jury praised her combination of cosmopolitanism and Dutch modesty, her personal style and sense of melody.""
26-06-2015 Trouw
""Yesterday, Tineke Postma received the Boy Edgaraward, the most important Dutch jazzaward." "
24-03-2015 Jazzhalo
"-"
01-02-2015 Downbeat
""It's been a treat to watch gifted 36-year-old Dutch saxophonist Tineke Postma mature over the past decade, and this collaboration with one of her mentors, Greg Osby, reflects another intriguing phase in her development."

12-12-2014 All About Jazz
""The entire piece is made up of deceptively simple but intricately built brief, melodic fragments, which serve as fodder for an energetic and stimulating ensemble play." "
11-12-2014 Jazzed Magazine (USA)
""Sonic Halo is a compelling set of tightly performed, wonderfully played, inspired, and dryly witty post bop" "
30-11-2014 Radio Dreyeckland
"A musically exciting and varied release"
26-11-2014 Jazzthetik
"4 out of 5 stars - Jazz full of its lively interactions."
11-11-2014 Jazz in Europe (online magazine)
""There are not many records in which the two soloists play both alto and soprano sax. That makes this CD already special." "
31-10-2014 Jazzpodium
"Here the focus is on the music which is consistently well done!"
27-10-2014 Jazzthing
"Two voices of alto- and sopranosaxophone which ensanre, complemente and challenge each other "
01-10-2014 Jazzism
"A conceptual album which everyone's comfort zone is exceeded and musicians each set the bar at a very high level."
15-09-2014
"'No empty stories, but pure music'"
12-09-2014 Jazzmozaiek
"Although they both play alto and soprano sax, you certainly hear contrasts of each with its own voice, sometimes very energetic, then deducted again, but always confrontational."
26-08-2014 Jazzenzo
"Tineke Postma gives melodies the right color of tone, which she explores in depth and use them for improvisations to add beautiful details."
06-08-2014 De Standaard
"The music breaths contemporary postbop and is accomplished with flair."
18-07-2014 Jazzflits
"Postma was more melodic and intuitive, Osby was more technical, abstract. They complemented each other beautifully."