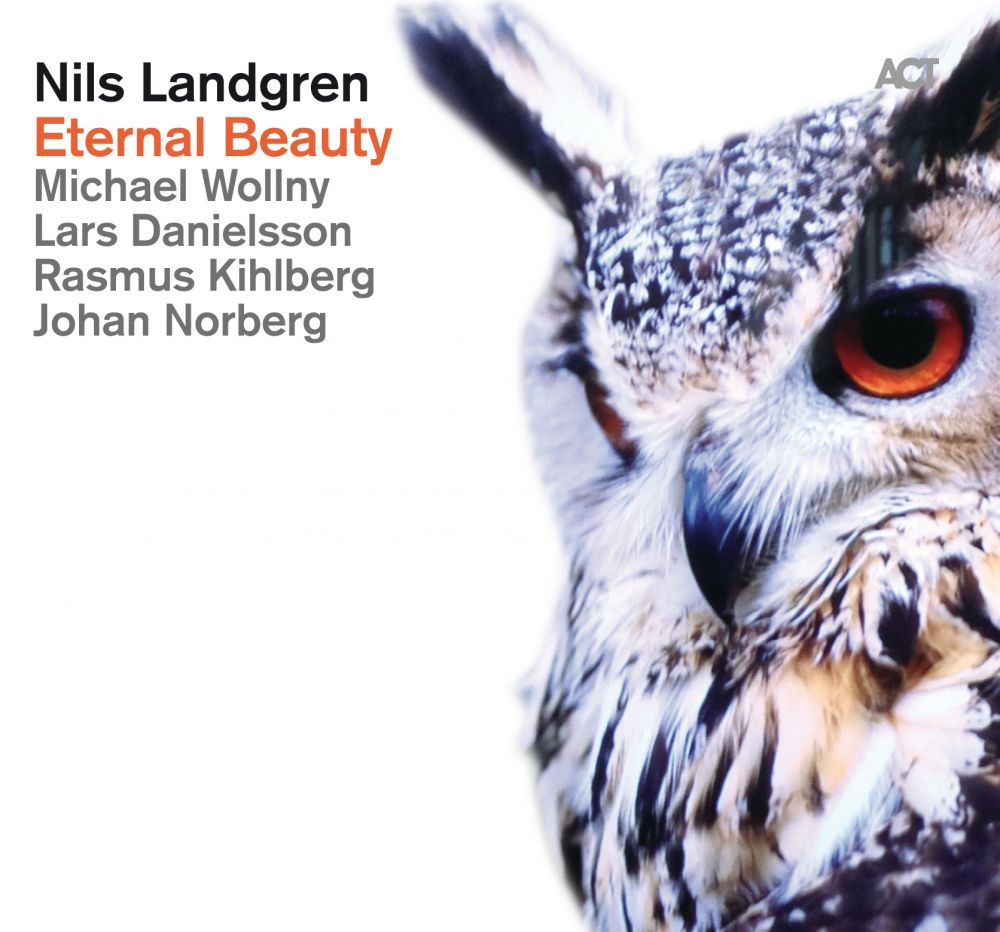 Not only the trombonist Nils Landgren has built up an enormous fan base over the decades – with his Funk Unit, with big bands and alongside the greats of jazz music – so has the vocalist Nils Landgren. His clear, throaty and yet mellow voice is very distinctive, and perfect for ballads. Apart from on his Christmas anthology "Christmas With My friends," it could also be admired on "The Moon, The Stars And You" that came out two years ago. The moonstruck nature of jazz was the theme on that record, and both the choice of songs and the list of guests, from Joe Sample and Steve Gadd to Joao Bosco and Richard Galliano, were colourful. What is more, Landgren put together a rhythm section here that understood each other intuitively. Alongside his companion of many years Lars Danielsson on the bass and cello, and the Viktoria Tolstoy drummer Rasmus Kihlberg, he also added Michael Wollny as a consummate sensitive piano accompanist to the mix.

"Never change a winning team" they say, and so it was that for his new vocal and ballad project, Landgren once again reverted to this select band of brothers – with the further addition of guitarist Johan Norberg, with whom Landgren has performed on and off for decades. "It is my dream team, and one that I hope will play together for a long time," says Landgren of this group. It is also ideal for the approach that Landgren pursued on "Eternal Beauty": "I wanted to make a really homogenous record – just us playing the simple and beautiful melodies simply and beautifully." The album title indicates the direction that the songs chosen by Landgren, Wollny, Norberg and producer Siggi Loch took: "The music and lyrics had to fit us, and they had to be songs that are eternal for me, personally."

It is a criterion that most of the songs on "Eternal Beauty" will certainly also meet for many listeners, from George Harrison's "Isn't It A Pity" to Mr. Mister's "Broken Wings" on through to "We don't Need Another Hero", made popular by Tina Turner. And not just the hits adapted from pop, no, also intelligent jazz ballads the likes of "One More Angel" from the jazz bassist John Patitucci and "Another Kind Of Blue" by the New York-based German guitarist Torsten de Winkel. Michael Wollny wrote the title track together with Eva Svensson, Esbjörn Svensson's widow.

So it is no coincidence that "Eternal Beauty" is also an homage to Esbjörn, without that being said explicitly anywhere on the record," says Landgren. "For me, Esbjörn is one of the greatest musicians of our age. And although he isn't around anymore, we still kind of communicate. I think of him a lot, and fortunately I'm really close to Eva and the kids. Our families are very close. That's why I wanted to record some numbers from him to. Johan's track "One Frozen Moment" also alludes to the moment when we heard of his passing."
It only makes sense that the album ends with Svensson's "Love Is Real," the song that will without the shadow of a doubt be one of the first and most important when and if a Great European Songbook is ever compiled. But one thing is important to Landgren: "Even if our thoughts went out to Esbjörn, Eternal Beauty is anything but a gloomy album. He wouldn't want that either. All the lyrics revolve around love and relationships, but they aren't one- dimensional. Like James Taylor's "Don't Let Me Be Alone Tonight," which I played once in Salzau with Michael Brecker, Pat Metheny and Esbjörn. I love that song. And the age-old folk number Green Fields. You can even interpret that as an environmental song if you are that way inclined."

So, much is left up to this talented team that Landgren trusts without reservation: "We did have an idea of how we could play each of the songs, but we didn't prescribe much and we arranged them very sparingly, because with these guys the musical concept arises when we meet. When we start to play, the magic begins."

There is a synonym for the words diversity, curiosity and zeal: Nils Landgren. James Brown used to be considered the “hardest working man in showbusiness” and it now appears that the god of funk has bequeathed this title to a Swede who cheerfully travels the world with a bright red trombone. “Mr. Red Horn” swings brilliantly from one perspective to the next, also because he needs this constant change. Somehow, Nils Landgren, 55 years-old, also miraculously manages to divide his time – when he is not touring with his “Funk Unit” or other projects under his own name, he is very much in demand as a producer or talent scout. He passes his expertise on to students in Hamburg and Shanghai, advises the NDR Big Band on artistic matters (with which he also played as musician for several years), works with the versatile Swedish Bohuslän Big Band (most recently with arranger Colin Towns on “Don’t Fence Me In – the Music of Cole Porter” ACT 9028-2) and also compiles, as artistic director, the programme of the JazzFest Berlin (until 2011). “Even when I’m not bored it’s good for me to do several things at once so that I can have different perspectives as these change the way I sing and play the trombone and my audience also benefits from it,” he says.
For those who have been musically loyal to him for years, things never get boring. With Nils Landgren they have someone who feels as dedicated to the rich folklore tradition of his homeland as to the previously unheard. An idealist who ignores the boundaries between the genres and who has collaborated in joint projects with musicians such as Maceo Parker, Colin Towns, the Brecker Brothers, Airto Moreira, Till Brönner, Roy Hargrove, Fred Wesley, Steve Gadd, Richard Galliano, Michael Wollny, Joao Bosco, Benny Anderson (from ABBA), Viktoria Tolstoy, Joe Sample, Ray Parker Jr., Eddie Harris and Esbjörn Svensson and, in doing so, has continually broadened his horizons.

Landgren embodies not one but two souls. When the audience sees him with his “Funk Unit”, the Swede shows himself from his masculine and distinct, relentlessly grooving side and acts the jazz action hero. However, there is also a gentle melancholic, highly sentimental Nils Landgren. He can be seen during Advent time, for example, when the instrumentalist and singer celebrates “Christmas With My Friends” or on ballad albums like the current “The Moon, The Stars And You” (ACT 9505-2) as well as “Ballads“ (ACT 9268-2) and “Sentimental Journey” (9409-2) – in which he intones on the trombone with incomparable smoothness and his highly individual, fragile voice touches the heart and the soul with a remarkable sensibility.

Landgren came into contact with music already early on. He started playing the drums when he was only six years-old, the nightmare of all parents. It was when he was 13 years-old that Nils Landgren, born in 1956 in Degerfors, Värmland, under the star sign of Aquarius, realised his calling and changed to the trombone. Between 1972 and 1978, he gained a sound classical basis at various teaching establishments and quickly put these newly acquired technical skills on the trombone into practice, also in other areas. Encounters with folk jazz pioneer Bengt-Arne Wallin and trombonist Eje Thelin accelerated his musical career change. A change of location was also due and Nils Landgren moved to Stockholm where, within only a short time, he became known as the “man for all occasions”, a true one-off, someone who is able to stand out in almost any stylistic environment, a studio whizz. In 1981 he was taken on as the lead trombonist for the “Ball of Fire” project of the legendary Thad Jones which really proved to be a challenge. “After the first evening all I wanted to do was go home,” laughs Landgren. However, it is challenges like the one with Jones that made him such an accomplished musician, someone who is today not worried by new challenges. Bring them on!

The solo career of the man who has always gone right up to his limits and beyond, both musically and conditionally, has been going strong for almost thirty years. Nils Landgren’s debut, “Planet Rock” from 1983, marked the starting point of a very impressive discography including projects which could hardly be any more different from one another. The duo recordings, for example “Layers of Light“ (ACT 9281-2) and “Swedish Folk Modern” (ACT 9428-2) with pianist Esbjörn Svensson who tragically died far too young, as well as the album “Gotland” (ACT 9226-2), reveal someone who is very closely connected to their homeland, who moves through Scandinavian’s sound worlds, drifts into the ethereal and into the incomprehensible. On “Salzau Music On The Water” (ACT 9445-2) he met vibraphonist Christopher Dell and bassist Lars Danielsson on an installation on the water near Schloss Salzau and played ethereal sounds into time, a time during which night is falling asleep and the new morning is still yawing. The three were totally at one with nature during the recording.

However, the same Nils Landgren is also able to quickly come back down to earth again. To make a reference, for example, to the world famous fellow Swedes from ABBA with “Funky ABBA” (ACT 9430-2) or honour Cannonball Adderley with the album “Paint it Blue” (ACT 9243-2) by his multi award winning group “Funk Unit”, originally simply called “Unit”. Landgren gave the group its current name for the JazzBaltica Festival which also gave him his international breakthrough in 1994. This band does not, incidentally, only achieve great things from a musical viewpoint – the album “Funk For Life” (9500-2) supported, together with Doctors without Borders, a project to help musically promote children and teenagers in “Kibera”, one of the biggest slums in Kenya’s capital Nairobi. For each sold CD, one euro went to the good cause.
“Teamwork” (ACT 9552-2), released in spring 2013, is another milestone in the Funk Unit history: technically outstanding, this is a group of team players who combine well with a great groove connection. James Brown meets Parliament meets Crusaders meets Funk Unit: that's one way you could describe the musical concept on "Teamwork". It is pure party feeling, the notes whirl coolly through the ranks, superb horn sets alternate with ecstatic solos, dance beats, smooth vocals and strong melodies, but there is also time for elegance and heartfelt blues. "Teamwork" is all that and then some, played by a dream team of sweat-inducing funk workers with soul in their blood.

With his album, “The Moon, the Stars and You” (ACT 9505-2), released in August 2011, Nils Landgren again shows himself from his sensitive and fragile side. The ballad album is a continuation of “Sentimental Journey“ – one of the most successful albums of his career. Together with pianist Michael Wollny, bassist Lars Danielsson and renowned guests such as Richard Galliano, Steve Gadd, Joe Sample, Joao Bosco, Cæcilie Norby, the Stockholm Philharmonic Orchestra and the NDR Big Band, Nils Landgren interprets jazz standards, folk and pop and, of course, several of his own compositions. These are all carefully tuned, full of longing, occasionally funky and effervescent, yet always inspirational and swinging.

What will Nils Landgren come up with next? Where will his musical and artistic talents take him? Which hurdles does he feel he must still overcome? The Swedish all rounder has proven himself in so many different areas that his audience now believes he is capable of anything and more. Fact is: his greatest weakness may also be his greatest strength – he is bad at one thing: saying no. 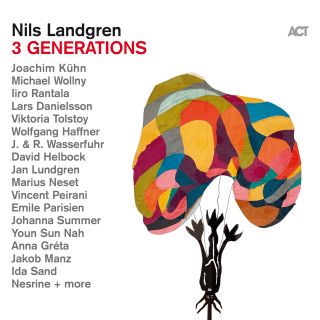