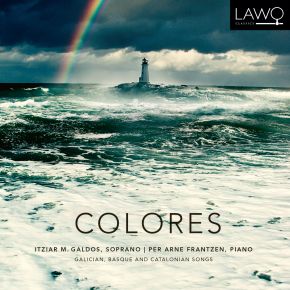 Spanish music is for many synonymous with flamenco. On this recording, Itziar Galdos and Per Arne Frantzen wish to show that Spain has infinitely more to offer, as they introduce the listener to music from three regions: Galicia, Basque Country, and Catalonia. Each of the regions has its own language and its own musical character, and on this album they are represented by both through-composed music and traditional folk songs.