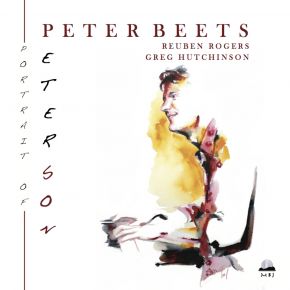 Currently the new album ‘Portrait of Peterson’ has been released, a tribute to Peter’s long standing musical idol, the great Oscar Peterson. The album is recorded in New York with Greg Hutchinson (who spent years as Peterson’s drummer) on the drums and Reuben Rogers on bass. Beets has frequented many stages in the Netherlands with this “New York Trio”, including Amsterdam’s prestigious Concertgebouw.

The press (Cadence) wrote the following about Peter Beets: “A lyrical outlook and rhytmic conception of his own underscored by tasteful, cogently structured lines that always swing and a technique that rivals anyone this side of vintage Oscar Peterson.”