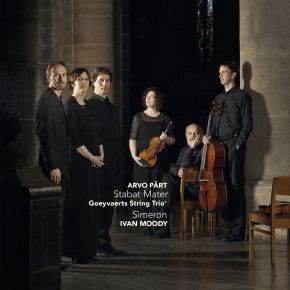 Pure pitches of just intonation penetrate the soul and dissolve deep sadness into consolation... a moving and intimate experience of Sublime beauty.

Arvo Pärt and Ivan Moody have both turned to Orthodox Christianity at some point in their lives and this has permeated the work of both of them in a particular way. Pärt’s relationship with the icon has already been examined by Paul Hillier in his musicological monograph about the composer. Moody himself makes a comparison to the icon in his score.

The icon is a representation of God or a saint, a reference to the transcendent truth. Pärt’s Stabat Mater and Moody’s Simeron each refer in their own way to a truth that unfolds in their music – and specifically in these performances. The listener (Orthodox or not) will be affected by the particular tonal texture which, in Pärt’s case at least, far transcends the text and exposes a truth of human existence.
text by: Philippe Grisar

Dear Maurice, of course you can always go to the Itunes store to download the music! https://itunes.apple.com/nl/album/part-stabat-mater-moody-simeron/id835596883?l=en Allthe best, the Challenge Records team 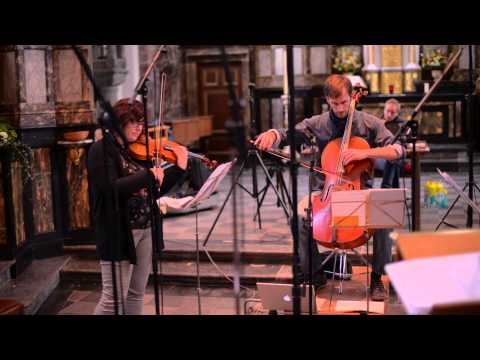 The absolute control and pinpoint perfection required by pieces such as these is masterfully achieved: the result is incredibly, movingly, beautiful."