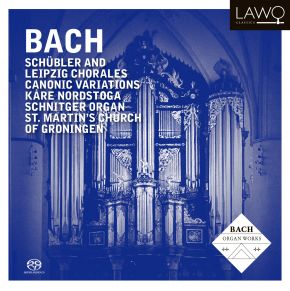 The second and third discs in the series featuring Bach’s complete organ works were recorded in Arlesheim Cathedral. The organ was originally built by Andreas Silbermann, brother of the more famous organ builder, Gottfried Silbermann. The cathedral’s acoustics are superb, and although the organ has been rebuilt over the years, it still has the unique warmth and clarity of sound that was the hallmark of the baroque masters. On the first of the two CDs we find all of Bach’s transcriptions for organ. Three of them are Bach’s arrangements of violin concertos by Antonio Vivaldi, and the two others were originally written by Prince Johann Ernst of Saxe-Weimar. He died at age twenty-one and is perhaps best remembered by music historians because Bach, while he was organist at the ducal court in Weimar, transcribed the compositions for organ and cembalo.