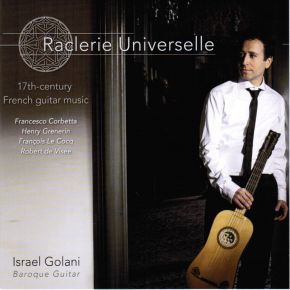 An accomplished continuo player, Israel has performed with many leading European orchestras, such as the Scottish Chamber Orchestra, the Royal Flemish Philharmonic and the Rotterdam Philharmonic, and has collaborated with renowned conductors such as Paul McCreesh, Jos van Veldhoven and Michael Hofstetter.