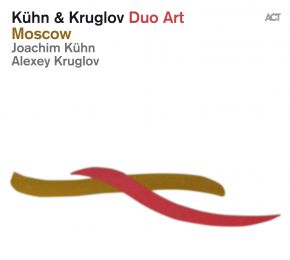 If inquisitiveness has a name, it is Joachim Kühn. Indeed, there are few jazz musicians who have run the musical spectrum as far as this pianist. Born in 1944, Kühn has performed together with classical musicians such as the St. Thomas Choir of Leipzig, lit up the fusion scene on the American west coast in the 1970s, played with avant-gardists the likes of Ornette Coleman, Archie Shepp, Don Cherry, Michel Portal and his brother Rolf, set standards in his trio with Daniel Humair and J.F. Jenny-Clark, and dedicated himself to a northern-African world jazz together with Majid Bekkas and Ramon Lopez.

Kühn’s finger is always on the pulse of the times, and so it is no surprise that he repeatedly seeks the company of visionary young musicians. The piano summit “Live at Schloss Elmau” (2009) with Michael Wollny bears witness to this, and is also the reason why “Moscow” was made:

When Joachim Kühn received the invitation from the Goethe Institute to play two concerts in Russia, he immediately did some research on the scene there. He contacted his friend, the author Marc Sarrazy, who was working on a book about Russian jazz at the time, and asked for his advice.

He recommended one name in particular to Kühn: Alexey Kruglov. This saxophonist, born in 1979 is considered to be one of the greatest Russian jazz talents. Kühn saw himself in Kruglov right away – someone who thought the same way musically, a wild young man whose playing impressed as much with power and explosiveness as with sophistication and soul. A musician without blinders, who was a confessed jazz man but who didn't disregard tradition, and who was an expert in the art music of the occident. In brief: a man with many facets and the desire to discover new things.

Kühn contacted Kruglov. They talked. On the afternoon before the Moscow concert they met each other personally and then musically that evening on the stage, with Kruglov joining in for a few numbers. The chemistry was right from the start, and things went very fast from there: Kühn cancelled his planned Moscow sightseeing tour for the next day and instead rented the studio of the Russian broadcasting association, that enormous hall with fantastic acoustics, where normally the Moscow Symphony Orchestra is at home. Each of them brought a few pieces along, and Kühn also had two titles from Ornette Coleman with him.

The album was recorded in just four hours – almost all first takes. “It’s the feeling that counts,” says Kühn of the recording session. And that feeling can be heard and felt in every note of this meeting of two music generations.

With “Moscow”, an essential recording of contemporary jazz enriches the ACT Duo Art series, which has the mission of documenting magical dialogues.
The musicians would like to thank Marc Sarrazy, who had the idea to bring us together.
The recording was supported by Goethe Institut Moscow. Special thanks to Dr. Wolf Iro for his involvement.